What is AMAROK?
– The term AMAROK comes from the first letters of “Alpağutnung Mengü AzRak Oğuz Köreşi“ which means concretely “The eternally rare War Arts of the Alpağut-Warriors“.
– AMAROK is a newly developed Turkish Martial Arts, it is not directly linked to the Old Turkic arts of war but it is based on the cultural roots of the Old Turkic history and traditions, as well as on teachings and wisdom of Teñrism.
Teñrism is what W’esterners falsely classify as “Shamanism“. Shamanism is the healing technique and helpful work of a spiritual Medium called Shaman which is actually a part of Tengrism, which was (and still is partly) the ancestral belief of the Hun (Xiong-Nu), Turkic and Mongol people and which focuses around the “Sky-God“ or Creator Teñri/ Tengri and Nature.
– AMAROK represents a collection of the pre-Islamic history and philosophy of the ancient Turks, with regards to contents of the way of life of the formerly chosen lone warriors called “Alpağut“
– After many years of research about the lone warrior’s way of life without any protective equipment, the Grandmaster Hakan Haslaman decided to revive the traditions and wisdom of Alpağut in a modern martial art (Urug Uzluğu) under the name AMAROK.
– For the main part, AMAROK intends to immortalize our noble Hun ancestors in a form of martial arts which is worthy their heroic deeds.
– Depending on archeological findings, it may expand further in AMAROK or other different disciplines.
– Nevertheless, AMAROK is not only a tribute to the ancient Hun- Turk warriors but also a serious martial art. It provides effective protection in the case of sudden danger in every-day life and enables us to advance in our personal development.

Who is an ALPAGUT?
– Alpağuts were chosen warriors who were trained by powerful shamans and who were under the protection by the spirits of their mighty ancestors.
– Their way of living did not only consist of being existent only in the physical world but also allowed them to enter the non-physical realm of spirits and totems. This is why Alpağuts do not wear any protective equipment, as they do not fear any danger that may eventually harm them.
– This uniqueness submitted them only to the Khan’s command which is their mission as long as they live. They had to fulfil the Khan’s order at any time and – even if their life is at stake, they are not permitted to die without having achieved his task.
– For many years, powerful shamans had observed the particularities the skills of these respectable warriors in order to decide whether they were equipped to follow the path of the immaterial teachings and wisdom.
– These teachings imply a comprehensive totem that enables a warrior to defy death.
– During their training, these warriors have to undergo three major steps to become finally an Alpağut.
– These warriors have to ascend towards becoming a hero and to reach their lightness by the immaterial teachings of Teñrism. Therefore, they have to dissolve in the ancestors‘ spirits and then afterwards to come back to the physical world with their skills of their mighty ancestors… but under the condition that they reach immortality and activate their inner forces.
– Alpağut’s immortality lasts only as long as it takes to fulfil the Khan’s command and reaches the required objective. 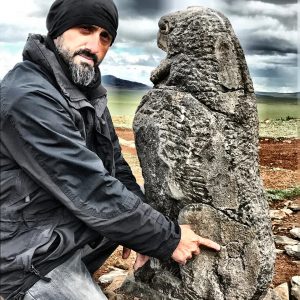 Is AMAROK the martial arts of the Old Turks?
– AMAROK is a form of newly founded martial arts which has incorporated each known element of the passed down Old Turk teachings relating to culture and tradition.
– Since there is just a little information about the teachings, logic and freedom of artistic expression contributed to the creation of perfect martial arts.
– However, the primary intent was to develop martial arts that is worthy of and honorable for our ancestors and which may have had a similar form.
– Unfortunately, there isn’t any detailed source or record how these martial arts and particularly the Old Turk’s techniques of war looked like.
– According to legends of warriors and the ancestor’s way of life, AMAROK became a system devised to fight as win as the Old Turks did in their feats.
– Therefore, we assume to be qualified to claim AMAROK to be Old Turk’s martial arts although it has not been historically passed down in this form and name. 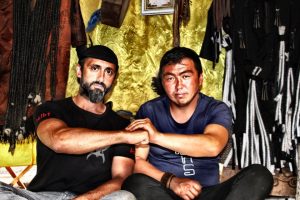 AMAROK and Teñrism
– The cultural as well as traditional aspects of AMAROK trace back to the Hun’s prehistory.
– I got the inspiration from the teachings of teñrism and totemism by becoming a shaman myself.
– The teachings of teñrism as well as totemism find their application in AMAROK as study of nature in order to learn immaterial powers more easily by use of practical methods.
– The methods used in AMAROK differ a little from traditional shaman techniques.
– Nevertheless, it is important to understand that shamanism represents the main source of spiritual teachings and is not incorporated into AMAROK in a religious context.
– Therefore, it is possible for different persuasions of creed to learn AMAROK.
– Our ancestor’s culture and traditions line out AMAROKS philosophy. 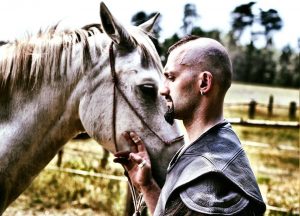 TENGRI fighting
– In order to activate the fighting skills of Yırtıcı Yılkı, we have to follow four basic rules.
– You have to believe in shaman teachings and then open your inner horizon to see immaterial parallels, such as the own totem.
– It is important to widen the senses in that way so that we can feel the occurrences in between the connections of the three worlds.
– Finally, you have to be prepared to live your own existence in between the three worlds, as you did in the earthly world…
– …with one difference: In this parallel you are not only yourself but at the same time your totem which is waiting to overtake the lead over your body.
– This teaching requires an ordeal of initiation to become a Kam (shaman) so that we can live in this state and act accordingly.
– It involves experiencing death before actual death, in order to unite with the universe of Tengri and to get back to life as a power of his. The aim is to maintain the martial approach and the awareness of eventually being confronted with death at any time.
– This profoundness of self-awareness enables us to execute all actions and according strikes with a great power –which require deeper meditations. 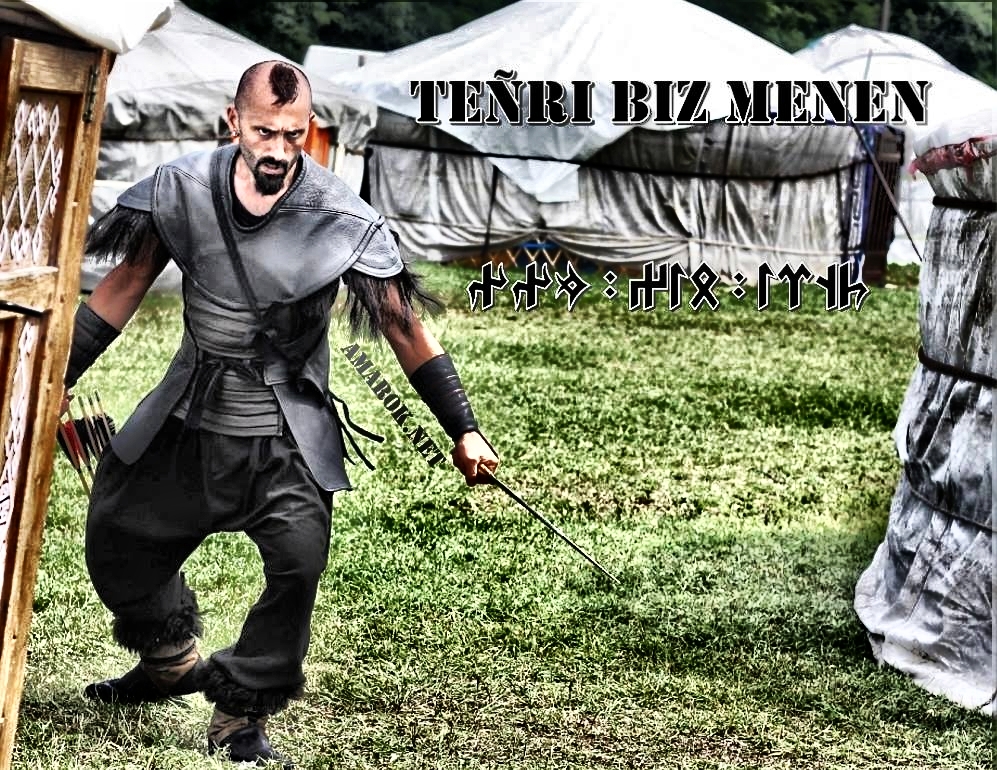